Robert A Hudson was a successful businessman of Portland, Oregon, in the USA. He was a great patron of professional golf on both sides of the Atlantic, being a vice-president of both the British PGA and the US PGA. He was instrumental in reviving the Ryder Cup after the Second World War and he sponsored the American team in the competition played in Oregon in 1947 when Dai Rees, who was playing for the British team, first met him.

In 1937 the American Ryder Cup team had visited South Herts and the local parish church in Totteridge to place a wreath on the grave of Harry Vardon, who had died earlier that year. When the Americans subsequently returned to Britain after the war to play for the Ryder Cup, they were invited to practice at South Herts and a close relationship was built between Robert Hudson and the Club. He was later elected an honorary life member of the Club.

Robert Hudson offered to sponsor a tournament at South Herts and, in 1959, the year of the Club's Diamond Jubilee he presented a silver casket to be played for by invited clubs as the ‘Hudson Trophy’. He continued to support the tournament, and on the tenth anniversary of its start, the Club presented him with an illuminated address.

After the death of Robert Hudson, the tournament was supported for a number of years by the PGCA and subsequently by the PGA. In recent years it has been run entirely by the Club, which is always delighted to welcome the participating teams and their supporters. 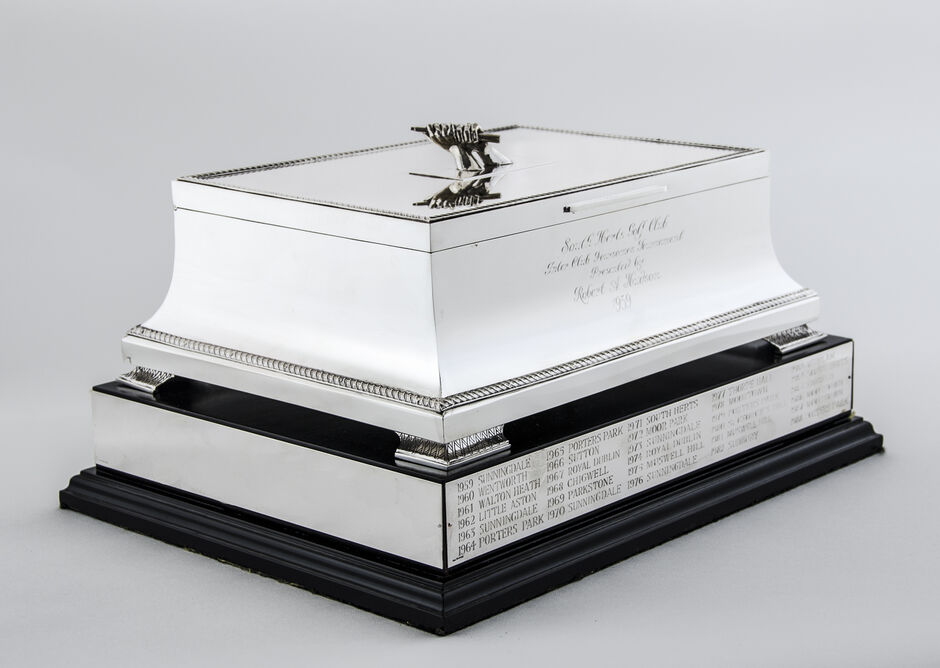