Harry Vardon, often called ‘The Greyhound’ for his ability to catch and overtake the field, was the professional at South Herts for 35 years.

Harry was born at Grouville, Jersey the son of a gardener. He was introduced to golf at the age of seven when he saw the golfers at the newly opened Royal Jersey Golf Club where he became a caddy. Harry became a gardener himself, working for a Major Sopworth, who when short of a golfing partner took the talented youngster to play with him. “Henry, my boy” said the Major, “take my advice and never give up golf – it may be useful to you some day.”

In 1890 Harry left Jersey and became the professional at Ripon in Yorkshire, moving the following year to Bury Golf Club, Lancs. and played in his first Open Championship in 1893. This period saw the emergence of the Great Triumvirate  -  Vardon, James Braid and J H Taylor -who between them won 16 Opens between 1894 and 1914. Harry Vardon’s record of six Open Championship wins has yet to be equalled let alone beaten. Harry won at Muirfield in 1896, at Prestwick in 1898, 1903 & 1914 and at Sandwich in 1899 and 1911. Vardon’s younger brother Tom (who played in 15 Opens) was runner up to Harry in the 1903 Open at Prestwick.

In 1900, during an extended trip to North America to promote Spalding’s golf equipment, he won the US Open with a score of 313. He beat his great friend and rival J H Taylor by two shots and was nine ahead of David Bell who came third. He was the first player to win two different ‘Majors’, a feat that was not repeated for another 20 years.

Following his death the PGA of America created the Vardon Trophy awarded, annually since, to the player with the lowest scoring average on the PGA Tour. Similarly, since 1937 the winner of the European Order of Merit – now the Race to Dubai – has also been awarded the Vardon Trophy (not to be confused with its US counterpart). In 1974 Harry was an initial inductee into ‘The World Golf Hall of fame’.

Harry Vardon’s legacy to the golfing world lives on not only through the Tour trophies but with the grip that he popularised. Now the symbol of South Herts Golf Club, the ‘Vardon Grip’ remains the most commonly used method of holding a club.

A ‘Blue Plaque’ can be found on Harry Vardon’s house at 35 Totteridge Lane (No. 14 when Vardon was in residence but renumbered post war) and every year, on the day of the Vardon Open (the Club’s open competition) the Captain of South Herts lays a wreath on Harry Vardon’s grave at nearby St Andrew’s Church.

And lastly, do remember his sound advice, “Don’t play too much golf. Two rounds a day are plenty.” 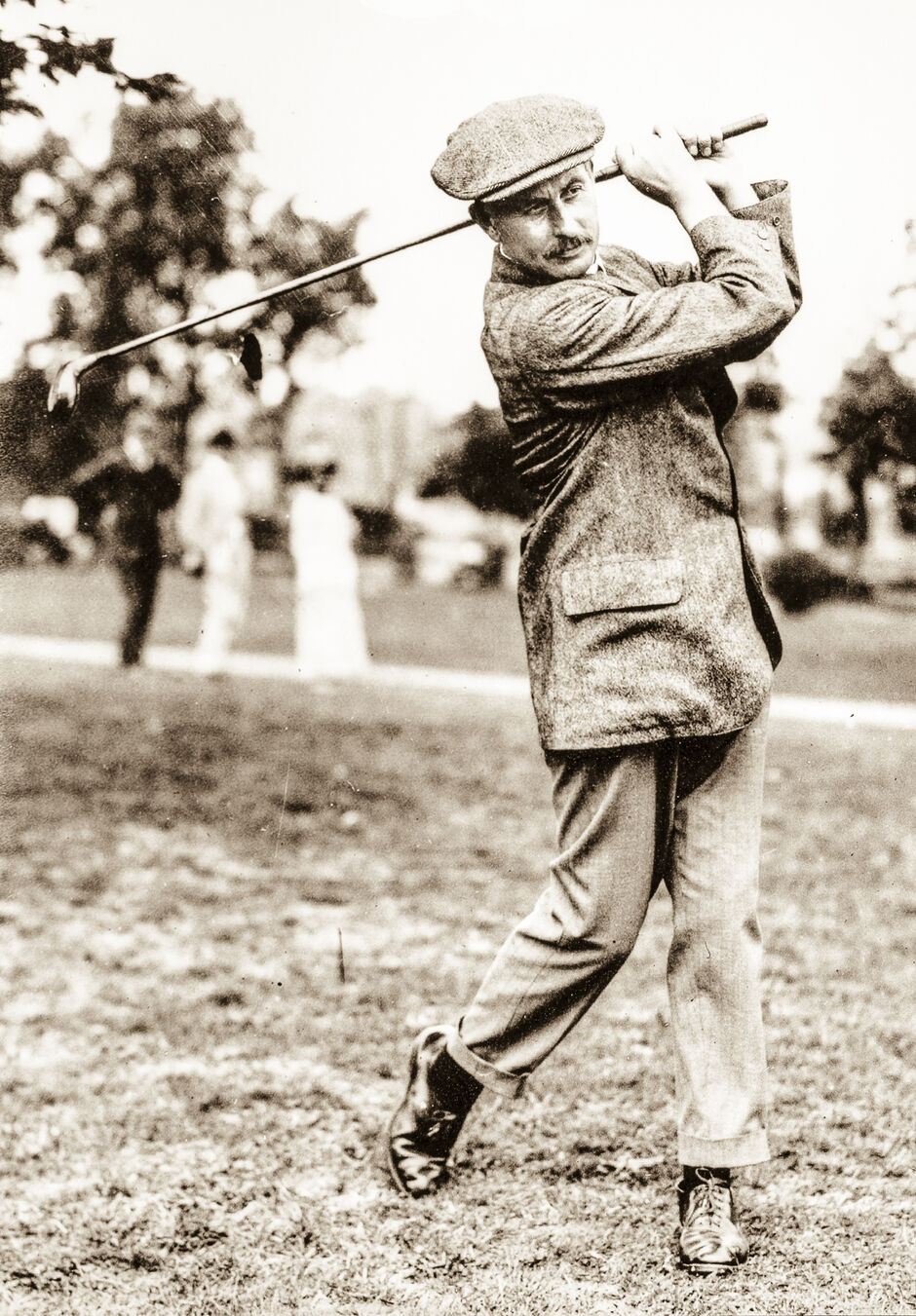