Please note course cards were updated Spring 2019, these local rules supersede those on the course card.

a) The line between the course-side points at ground level of the white stakes behind the green on hole 2, and to the left of holes 16, 17 and 18.

b) The boundary to the left of hole 5.

c) On hole 6, by the fence on the left of the tee and, beyond that, by the line between the course-side points at ground level of the white stakes.

Red and Yellow penalty areas are clearly marked with the corresponding posts.

b) When the ball last crossed the edge of any red penalty area defined using red stakes marked additionally with black tops, as an extra relief option adding one penalty stroke, the player may drop the original ball or another ball on the opposite side of the penalty area:

Size of Relief Area Measured from Reference Point: Two club-lengths, but with these limits:

Limits on Location of Relief Area:

Penalty for Playing Ball from a Wrong Place in Breach of Local Rule: General Penalty Under Rule 14.7a.

c) The red penalty area on the left side of the fairway on hole 18 extends to and coincides with the out of bounds edge.

The young trees identified by protecting tubes and/or stakes are no play zones:

If a player’s ball lies anywhere on the course other than in a penalty area and it lies on or touches such a tree or such a tree interferes with the player’s stance or area of intended swing, the player must take relief under Rule 16.1f.

If a player’s ball is in the general area and there is interference from exposed tree roots that are in a part of the general area cut to fairway height or less, the tree roots are treated as ground under repair. The player may take free relief under Rule 16.1b.

Immovable obstructions close to putting green: In addition to the types of interference described in Rule 16.1a, when a ball lies in the general area, interference also exists if an immovable obstruction is: on the player’s line of play, is within two club-lengths of the putting green, and is within two club-lengths of the ball. The player may take relief under Rule 16.1b. (Exception – There is no relief under this Local Rule if the player chooses a line of play that is clearly unreasonable.)

IT IS ACKNOWLEDGED THAT THERE ARE INHERENT DANGERS AROUND THE PLAYING OF ANY GOLF SHOT. AS SUCH, PLAYERS AT SOUTH HERTS GOLF CLUB CHOOSE WHETHER AND HOW TO PLAY ANY SHOT AT THEIR OWN RISK.

Health & Safety on the course:-

Golf can be a dangerous game and Members and Visitors are reminded that golf balls can cause serious harm.

We expect every golfer to take all reasonable steps before taking a shot to ensure the way ahead is clear and to immediately shout 'Fore' in the event they hit an errant shot.

If there is a risk of lightning play MUST be discontinued.

South Herts Golf club does not take responsibility for the safety of any golfer on the course and it is therefore your responsibility to remove yourself from any situation which you deem dangerous.

If you see lightning OR hear three short blasts of the Klaxon please STOP PLAY and act as follows:

Proceed immediately to the clubhouse or

Proceed to the course shelters located:

Between the 5th green and 6th tee

These locations are considered the safest places on the course to take shelter.

·       Do not continue to play golf and do not seek shelter under trees. Trees do not protect you from lightning.

·       During competitions, if there is a lightning risk, play will be suspended and players must leave the course.

·       Where play is automatically suspended on the sound of the klaxon, a player may not override the Policy decision to evacuate the course.

Although the Club will take every precaution to ensure the safety of players during a thunderstorm, it is a player’s own responsibility to discontinue play when in his/her opinion lightning is a threat.

It is not always possible to monitor conditions on the entire course and players have a duty of care to themselves and others.

All adults who work with children are accountable for the way in which they manage risk and the welfare of each child.
South Herts Golf Club has a duty of care in this respect and accepts that the Club should take extra responsibility when juniors are on the course during inclement weather conditions. Where a risk from lightning is foreseen, or apparent, Club staff will take positive steps to reduce the risk to juniors including going out on to the course to escort them to safety.

Discontinuing Play - Rule 6-8 as stated in the R&A Rules of Golf will apply to all competitions and matches where there is a risk of lightning. The rules of golf are straightforward when lightning is a risk. Rule 6-8 makes it quite clear that a player is entitled to discontinue play if he or she believes there is danger from lightning. Although bad weather in itself is not a good reason for discontinuing play, bad weather accompanied by lightning, or the very real risk of lightning, most certainly is. Common sense dictates that play in these circumstances must be discontinued in the interests of safety. Even if the klaxon is not sounded and the player honestly believes that there is a real risk of danger from lightning, then he or she is entitled to proceed under the provisions of Rule 6-8 and discontinue play.

Resumption of Play – Where play has been suspended due to lightning, play must be resumed where it was discontinued, even if resumption occurs on a subsequent day. (see Rule 6-8 R&A Rules of Golf.) When the danger has passed, 3 short blasts of the klaxon will indicate that it is safe to return to the course.

We insist that all members adhere to the lightning policy. Failure to do so is at your own risk and South Herts Golf Club accepts no liability for any Member or Guest who fails to co-operate with any decision to suspend play and close the course.
It is not the responsibility of staff to retrieve clubs, equipment or trolleys from the course during a lightning storm where play has been suspended as their safety may be compromised.
Please note that golf buggies do NOT give protection from lightning.

LIGHTNING IS A SEVERE HAZARD THAT MUST BE TAKEN SERIOUSLY

When there is fog the following policy will be implemented:

The course will remain closed when fog prohibits sight of the front left green side bunker from the white tees on the 1st hole. It remains the players responsibility to gauge the risk and if any doubt exists caution should be applied.

This policy is in place for Health & Safety reasons and must be adhered to at all times.
The decision about when to open the course under this policy lays with the Course Manager during the week and with senior members of staff at weekends.

All players must take responsibility for not endangering other people on the course when visibility is poor. 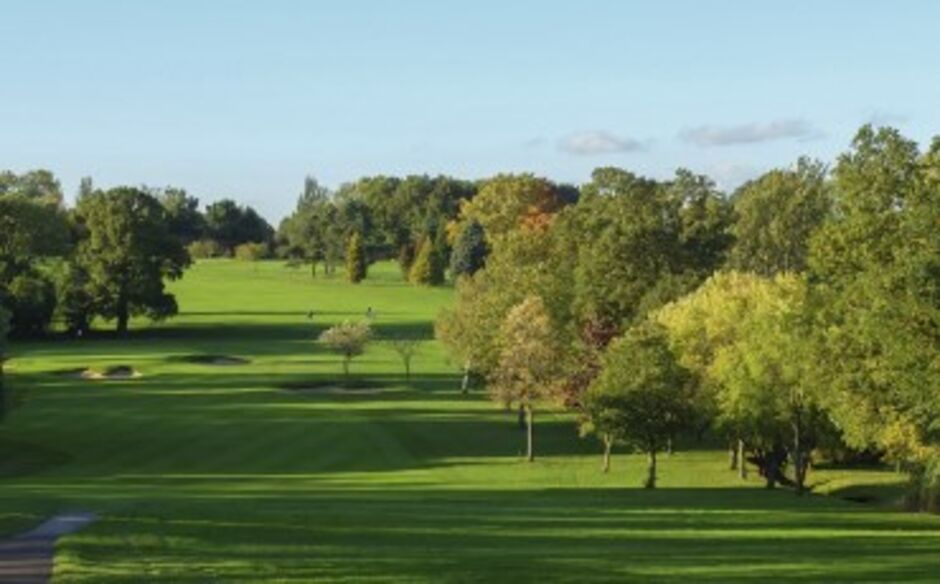